The Racer by Ib Melchior

The film is set in the year 2000. The United States has been destroyed by a financial crisis known as World Crash of '79 and a military coup and the United Provinces (a fascist Police state) rules America, keeping the people satisfied by feeding them a stream of gory Gladiator-style entertainment. The political parties have collapsed into a single Bipartisan Party, which also fulfils the religious functions of a unified church and state.

Frankenstein (Carradine) is the most celebrated racer in a bloody spectacle instituted by the President of the United Provinces, the Transcontinental Road Race. He is reputed to be part machine, rebuilt after many crashes and he is the government's champion. The race itself, in three segments from east to west coast, is scored both by traditional methods of timed checkpoints and also by the number, age and gender of people killed by the drivers. The cars are equipped to kill, bearing anti-personnel weaponry ranging from blades to rockets, and the drivers and their cars are themed in a manner reminiscent of the Hanna-Barbera animated series Wacky Races.

In form, the film is thus part horror film and part satire. The dysfunctional fascist society is depicted, often accompanied by sick humor, through the playing out of the suicidal and homicidal impulses of the drivers and their victims. For example, in one memorable early scene, the staff of a geriatric nursing home array their patients in the path of the race. Frankenstein veers off the road and kills the staff instead.

There are three main Subplots: the deadly competition between the rival drivers, particularly Frankenstein and "Machine Gun" Joe Viterbo (Stallone), who hates playing second fiddle; the revolutionary machinations of Thomasina Paine (Harriet Medin), a lineal descendant of Thomas Paine and head of the Resistance and her granddaughter Annie (Simone Griffeth), who infiltrates herself into the race as Frankenstein's co-driver intending to lure him into a planned ambush where he is to be replaced by a double; and finally, the enigmatic identity of Frankenstein himself.

The plot twist is that Frankenstein is not a willing government stooge. There is no single Frankenstein and he is simply one of many trained to race in the role. "When one is used up, they bring in another", he tells Annie. He isn't opposed to Annie and the Resistance as such, but instead has his own plan to end the tyranny: win the race and shake hands with the President, detonating a grenade which has been implanted in his prosthetic right hand.

Frankenstein successfully outmaneuvers both the rival drivers and the Resistance, and is declared the winner and sole survivor. In a swift-moving climax, Frankenstein and Annie combine to dodge Mrs. Paine's attempt to assassinate Frankenstein, and Frankenstein succeeds in killing the President. In an epilogue, Annie and Frankenstein are wedded, and Frankenstein, now President, abolishes the race and appoints Thomasina as the Minister of Security to rebuild the state and dissolve the dictatorship. and the perverse laws of the Provinces, though he does make a point of running over Junior Bruce an objecting reporter.

A sequel comic book entitled Death Race 2020 was published in 1995 by Roger Corman's Cosmic Comics Imprint. It was written by Pat Mills of 2000 AD (comic) fame, with art by Kevin O'Neill (comics). The pair had already worked together on several Comics including Marshall Law. The comic book, as the title indicates, took place 20 years after the movie and dealt with Frankenstein's return to the race. 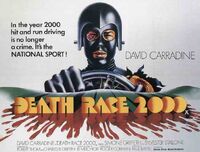 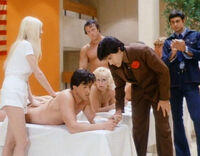 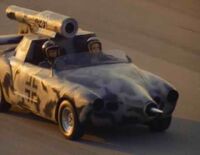 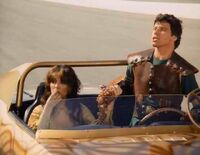 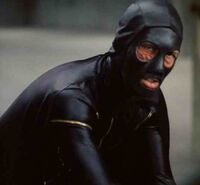 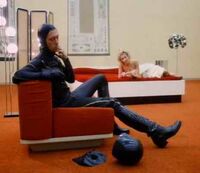 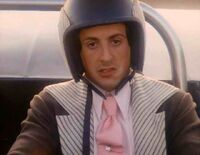 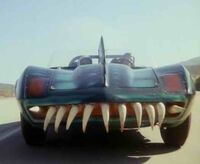 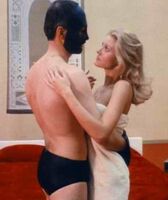 Add a photo to this gallery

DEATH RACE 2000 (1975) Official Trailer
Add a photo to this gallery
Retrieved from "https://death-race.fandom.com/wiki/Death_Race_2000?oldid=4232"
Community content is available under CC-BY-SA unless otherwise noted.