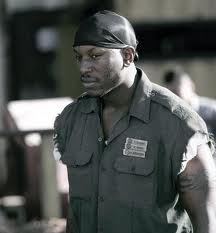 Machine-Gun-Joe is a three time winner of the Death Race and also a longgtime rival of Frankenstein. He later formed an alliance with Ames on the second round of Death Race after destroying the Dreadnaught. After Frankenstein's victory of that race he devised an escape plan with him after knowing of Hennessey's true intentions. By the end of the film he started to get a friendship with Jensen Ames and helped him escape.

Retrieved from "https://death-race.fandom.com/wiki/Machine_Gun_Joe?oldid=3961"
Community content is available under CC-BY-SA unless otherwise noted.